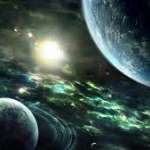 The wiki is about when CeCe's mom got a job at Hollywood Police Department which involes moving to Hollywood. CeCe was having a hard time about the move. She made a new friend named Rebecca and auditioned for Shake It up, Hollywood. And thats when CeCe started to cheer up. CeCe's Future is still unknown but she'll make thew her new life.

Retrieved from "https://shakeituphollywood.fandom.com/wiki/User:Jesus_Agustin?oldid=5343"
Community content is available under CC-BY-SA unless otherwise noted.